Learn more about both of these options below. 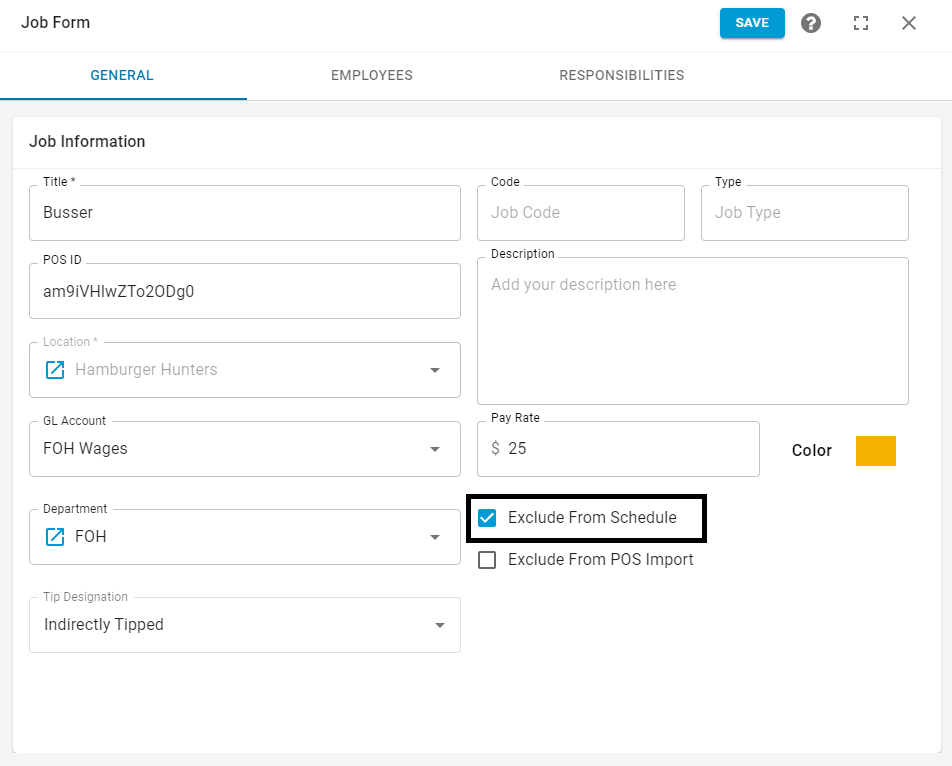 The 'Exclude From Scheduling' box should be checked for Administrator Jobs or Jobs that are no longer used/scheduled. This will help declutter the Schedule Calendar for Schedulers as these Jobs do not need to be scheduled weekly. 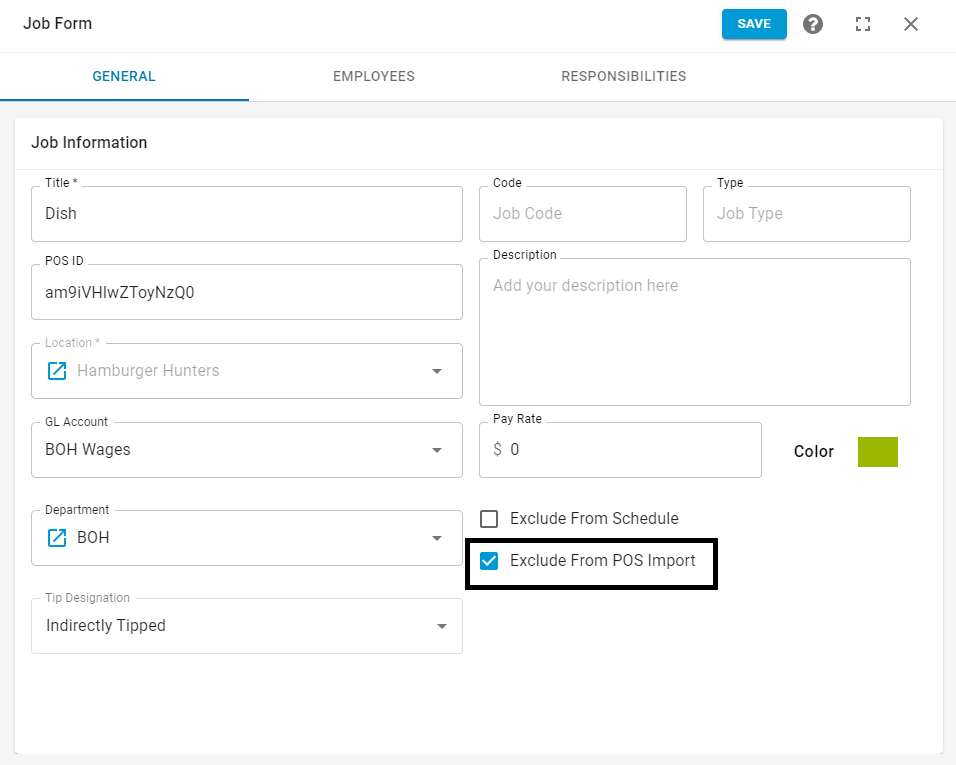 Exclude From Schedule and POS Import

At times, certain Jobs may be created in R365 that should be marked as excluded from both the Schedule and POS Import since often times they are more so for informational purposes. These Jobs may be more general, such as 'Marketing', 'Tech Admin', 'Headquarters', or 'Drawer'.